We had intended to leave Gulf Shores on December 9th but, when we couldn’t find reservations in the Huntsville, AL area, we decided to stay two more days. On Wednesday, the 11th, we drove 150 miles and spent two nights at Sherling Lake Campground in Greenville, AL. This was the same campground we had stayed at on our trip to Gulf Shores in late October. We got the same pull-through site as before (#40). It had rained for all of our previous stay so we hoped for better weather this time. Unfortunately that was not the case, so we spent most of our stay indoors.

On Friday, we drove 340 miles to Goodlettsville, TN where we spent 15 nights at Grand Ole RV Resort, our go-to private campground in the Nashville area where we had stayed numerous times before. We left Greenville early in the morning so we could reach Nashville before rush hour. Although we reached Nashville at 2 pm, the traffic was already bad but we managed to get through it. Jason came over in the evening and brought us lots of mail and packages that we had had delivered to his house.

On Saturday morning, we drove to Montgomery Bell State Park and watched Jason, Jarrod, Jess, and their friend Matt and his girlfriend run in the Bell Ringer 15K race. After the race, we had burgers for lunch at M.L. Rose in Nashville. 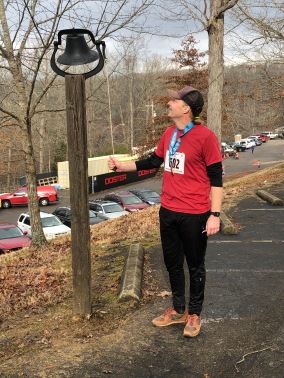 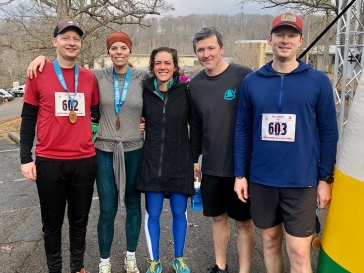 All the runners at the finish line

On Sunday, Jason, Jarrod and Jess came over for spaghetti dinner.

We had received notice from La-Z-Boy that the two recliners we had ordered in October were available for delivery. However, since the delivery people were not allowed to take away old furniture, we had to find a place to dispose of our old recliners. Fortunately we were able to fit the recliners in the back of Jan’s SUV and we dropped them off on Monday, one at a time, at Goodwill. We spent the next two days cleaning the living room carpet in anticipation of the delivery of the new furniture on Thursday.

Phil trying out the new recliner 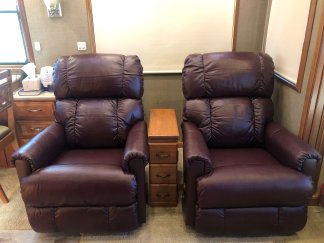 On Friday, December 20th, we went to Extra Space Storage in Nashville and rented a 5’ x 5’ storage unit. We had been sharing a 5’ x 10’ unit with Jarrod and Jess for the past two years but, with them moving to Denver after Christmas and taking most of their stuff, we were able to downsize to a smaller unit that we will continue to share.

On Saturday, Jan had a get-together with many of her high school friends at Cracker Barrel in Dickson, TN. 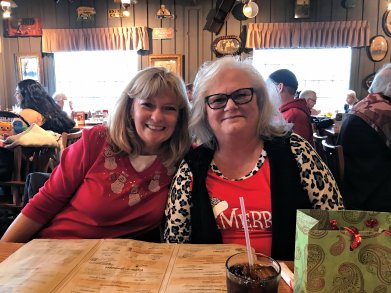 Friends gathered around the table

Friends by the tree

On Sunday, we met Brenda and Philip Dunlap and Jason in downtown Nashville and had dinner at Woolworth on 5th. After dinner, we and the Dunlaps went to the Ryman Auditorium for a Christmas concert by Amy Grant and Vince Gill.

View of stage from the balcony 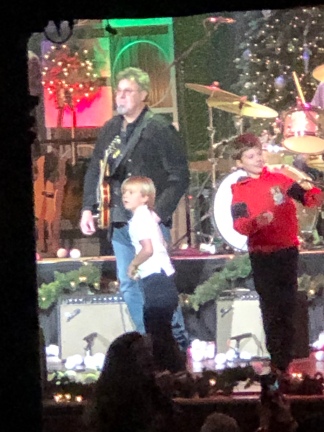 Vince Gill and kids on stage 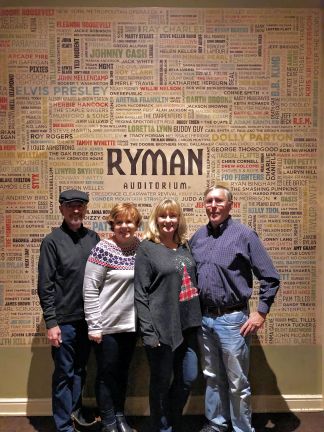 The Dunlaps and Gordons at Ryman Auditorium

On Christmas morning, we met Jason at Jarrod and Jess’ apartment and had a delicious breakfast, then opened presents. We all then went to Beaman Park Nature Center and hiked a 3-mile loop. After the hike, we drove to our campground and enjoyed sitting outside in the beautiful weather. For dinner, we had our traditional Honeybaked ham and our favorite side dishes. There were plenty of leftovers for everyone.

Lined up for dinner 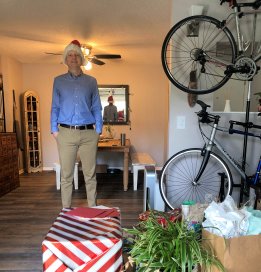 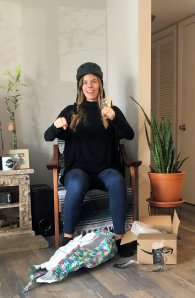 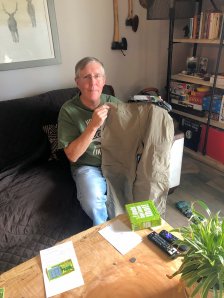 On Friday, December 27th, we drove to Camden, TN for the annual Madden family lunch at Country & Western Steak House. There was quite a large turnout, including infant Elena Fuentes who drew a lot of attention. After lunch, we stopped by the courthouse to drop off Sheila’s present. 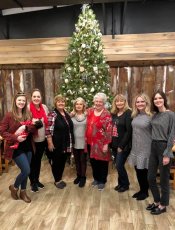 All the Madden women

Jan with her nieces

Katie and Brittany with baby Elena

The whole group by the tree 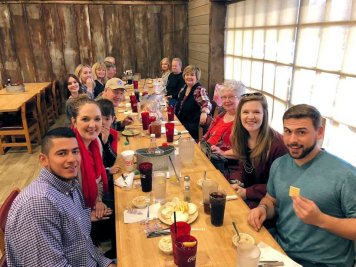 The whole group at the tables